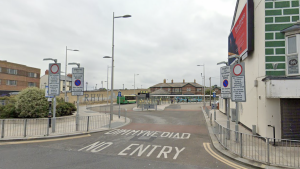 Arriva have confirmed that its bus operations will resume in North Wales and Chester from tomorrow morning.
The announcement comes following further talks with the trade union, Unite this week which led to a suspension of the strike.
All services are due to run from the first scheduled bus on Friday 19th November, but Arriva warns that early morning services may still experience some disruption as it mobilises its operation overnight.
Arriva Bus drivers in North Wales began their strike on on Sunday 14th November after trade union members had voted for action with a current pay differential between Welsh and North West Arriva drivers of £1.81 an hour.

The company said it had “put forward another improved offer” which it hoped would be accepted before then, the strike was set to continue for 5 weeks.