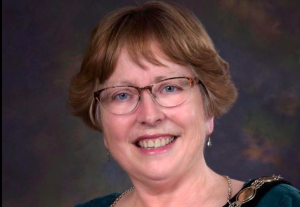 It was announced on the morning of Wednesday 20th May by Rhyl Town Council that for the first time in the history of the town the Mayor will serve for a second term.  The news comes in the wake of the worldwide COVID-19 pandemic that has affected council proceeding.

Current Rhyl Mayor Cllr Ellie Chard will hold the role for a second term with Cllr Diane King holding the position as Deputy Mayor.  Cllr Chard was set to hand over the mayoral reins to Cllr King today.

In a short annocuemnt on Facebook the decsions by the coucil was made due to the disruption to council meetings caused by COVID-19.  Councillor have agreed that Cllr Chard should continue in office for another year.

Sound Radio would like to wish Mayor Cllr Ellie Chard and Deputy Mayor Cllr Diane King all the best for the future in their role.